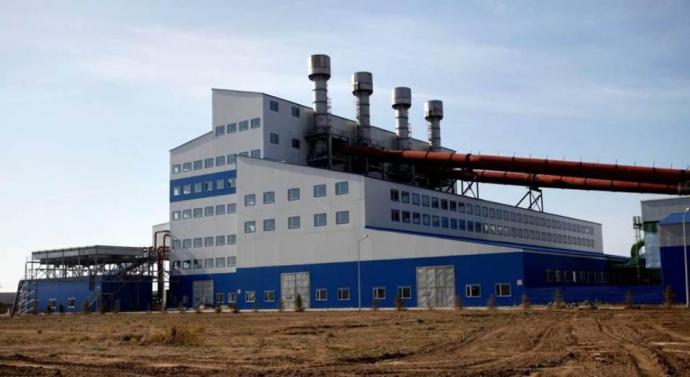 In Pavlodar region, a project to establish a silicon plant is being implemented with the support of KAZAKH INVEST. The enterprise is being developed by Arab investors from ANSA Silicon LLP (a subsidiary of Canarax Trading LLC). At the moment, design and budget documentation is being developed, and public hearings are planned in the near future.

According to the investors, the plant with a total cost of $100 million is planned to be fully commissioned by 2023. The first stage will produce up to 35 thousand tons of technical silicon per year, the second stage will increase the volume to 70 thousand tons per year. In addition, there is a prospect of expanding the enterprise to 105 thousand tons.

"At the moment, we know what factors make this project unique and distinguish it from other plants. The production of technical silicon will use advanced environmental protection technologies that have not been used in Kazakhstan before. In addition, a distinctive feature of the company will be the use of top-level raw materials, which will lead to finished products of the highest quality in accordance with the requirements of high-tech consumers. This product will be one hundred percent export-oriented. The plant will also be equipped with its own recreation area, green spaces, and a pond. Employees will have access to a medical and Wellness complex with the possibility of visiting UHF procedures, yoga centers, etc.", - says the General Director Panigrahi Bhakta.

The construction of the new plant will give a strong boost to the development of the mining and metallurgy in the region. Production will expand the tax base, increase export potential and have a positive impact on economic diversification. The finished products will open up technological opportunities for developing new niches for Kazakhstan. It will be possible to produce solar panels, new types of electronics, alloys, etc.

"At the initial stage, the company will provide jobs for 377 people. It is planned to attract not only local residents, but also specialists from other regions of the country. With the development of production, the number of jobs will also increase. Despite the fact that the plant has not yet been built, the company is at the stage of investment, and investors will receive their first profit only in a few years, "ANSA Silicon" LLP is already actively involved in the life of the city", - said Madiyar Daniyarov, the Regional Director of KAZAKH INVEST in Pavlodar region.

According to the Head of the representative office of the national company, in February this year, the company signed a contract with the NGO "Association of parents of autistic children in Ekibastuz" and the children's rehabilitation center "Special house".

"Foreign sponsors have allocated over 19 million tenge to support the activities of our organization. Now the center will be able to provide free rehabilitation to 120 children in 2020, as well as purchase devices for sensory stimulation. Investors together with the mayor's office make every effort to ensure that children with special needs have all the conditions for development. Also in May, with the support of Ansa Silicon, we carried out roof repairs and internal refurbishment the building," - said Adina Seitova, the Head of the children's rehabilitation center "Special house".

In connection with the current situation with coronavirus around the world, the company "Ansa Silicon" LLP also made a contribution to the "COVID-19 pandemic assistance Fund" in the amount of 1 million tenge. In addition, the representatives of the company distributed more than 150 kg of meat to patients who found themselves in a two-week home quarantine. In the future, the plant also plans to invest significant funds in social security of the city. Already planned expenditures for the development of healthcare, education, sanitation, etc.